Is your workplace aware and respectful of the lesbian, gay, bisexual and transgender (LGBT) community? Are you compliant to avoid criminal prosecution and/or costly lawsuits?

LGBT is one of the most important facets of diversity training today. To ensure and build LGBT workplace inclusion, here are some of the words and acronyms that are commonly used in American English for LGBT issues: 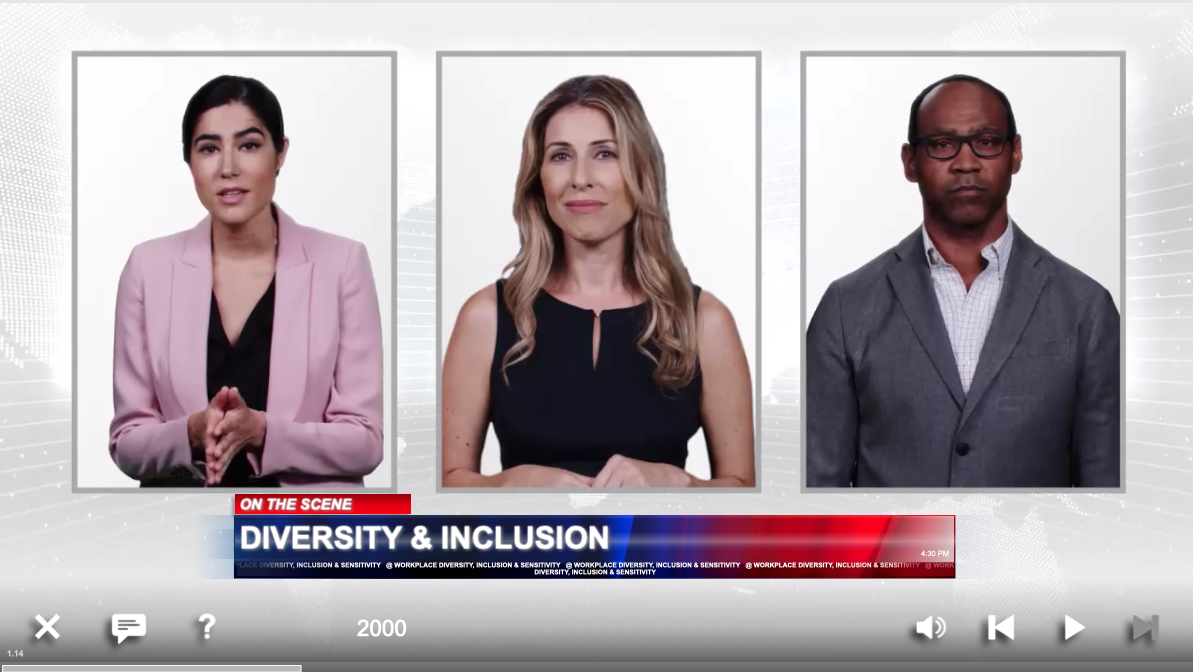 Ally: An ally is a member of the majority, who works to end oppression of a minority, by supporting and advocating with the oppressed population. A popular video on this topic is Anyone Can Be An Ally.

Biphobia: The fear or hatred of bisexual people.

Bisexual: A person who is emotionally, physically and/or sexually attracted to more than one gender. Also called “bi”.

Cisgender: A person whose gender identity and expression matches the gender typically associated with their biological sex. For example: a female who identifies as a woman.

Gender expression: Refers to the ways in which people externally communicate their gender identity to others through behavior, clothing, hairstyle and voice. It also includes emphasizing, de-emphasizing or changing their body’s characteristics. Gender expression is not necessarily an indication of sexual orientation.

Heterosexual: A person who is emotionally, physically and/or sexually attracted to members of the opposite sex. Also called “straight”.

Homophobia: Thoughts, feelings or actions based on fear, dislike, judgment or hatred of lesbians, gays and bisexuals. Homophobia has roots in sexism and can include prejudice, discrimination, harassment and acts of violence.

Homosexual: A person who is primarily and/or exclusively attracted to members of their own sex or gender. A clinical term that originated in the late 1800s, many avoid the word because it contains the base word “sex.” The terms “lesbian, bi and gay” are preferred by many in the LGBT community.

In the closet: To be in the closet means to hide one’s LGBT identity in order to avoid negative social repercussions, such as losing a job, housing, friends or family. Many LGBT individuals are “out” in some situations and “closeted” in others, based on their perceived level of safety.

Queer: Used as an umbrella identity term encompassing lesbian, questioning people, gay men, bisexuals, non-labeling people, transgender folks, and anyone else who does not strictly identify as heterosexual. While “queer” originated as a derogatory word, it has been reclaimed by many LGBT people as a statement of empowerment. Some people identify as “queer” to distance themselves from the rigid categorization of “straight” and “gay”. Some transgender, lesbian, gay, questioning, non-labeling and bisexual people, however, reject the use of this term due to its connotations of deviance and its tendency to gloss over and sometimes deny the differences between these groups.

Sexual orientation: A person’s emotional, physical and sexual attraction, and the expression of that attraction with other individuals. Some of the better-known labels or categories include “bisexual” (or “multisexual”, “pansexual”, “omnisexual”), “lesbian”, “gay” (“homosexual” is more clinical) or “heterosexual”.

Transgender: This term has many definitions. It is frequently used as an umbrella term to refer to all people who deviate from their assigned gender at birth or the binary gender system. This includes transsexuals, cross-dressers, genderqueers, drag kings, drag queens, two-spirit people and others. Some transgender people feel they exist not within one of the two standard gender categories, but rather somewhere between, beyond or outside of those two genders.

Transphobia: The fear or hatred of transgender people or gender non-conforming behavior. Like biphobia, transphobia can also exist among lesbian, gay, and bisexual people as well as among heterosexual people.

Transsexual: A person who experiences an intense, long-term discomfort resulting from feeling the inappropriateness of their assigned gender at birth and discomfort of their body. Transsexuals adapt their gender role and body to reflect and be congruent with their gender identity.