Having an awareness of world religions and holidays is important for respectful scheduling and inclusivity year-round. To assist you, we’ve created our 2020 interfaith calendar and inclusive religious calendar with holy days.

The calendar consists of major religious holidays and festivals, and it has been compiled from a list of all events. It also contains dietary restrictions, inclusivity tips, etc.

For anything else you need, refer to our interactive Electronic Diversity Calendar.

Note: Below is just a small sampling of this year’s religious observances. For all 200+ religious events, see our Diversity Calendar suite.

01/06 – Christian: Feast of the Epiphany – This day marks 12 days after Christmas when the three kings arrived in Bethlehem; commemorates the first manifestation of Jesus to the Gentiles.

01/07 – Coptic Orthodox Christmas – The date that many Orthodox Christians celebrate Jesus Christ’s birth as it corresponds with the Julian calendar.

01/14 – Eastern Orthodox Christian: New Year – Also known as the “Old New Year” or the “Orthodox New Year” as it celebrates the start of the Julian calendar.

01/15 – Hindu: Makar Sankranti – Believed to be a time for peace and prosperity, this festival is celebrated to mark the beginning of spring in various parts of India.

01/19 – Baha’i: World Religion Day – This day celebrates the commonality of the major faiths in the world. 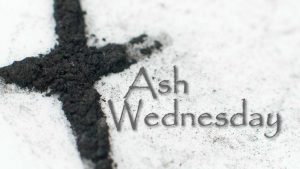 02/01 – Pagan and Wiccan: Imbolc – This holiday begins February 1st and ends February 2nd at sundown. Marking the halfway point between the winter solstice and the spring equinox, it celebrates fire, light, and the return of life.

02/02 – Christian: Candlemas – The day that the church blesses their supply of candles for the year.

02/10 – Jewish: Tu Bishvat – This is a minor environmental holiday that Jews consider to be the “New Year of the Trees.”

02/15 – Buddhist: Parinirvana or Nirvana Day in Mahãyãna Buddhism – Originally occurring in 483 BCE, this holiday marks Buddha’s death and his attainment of final nirvana.

02/26 – Christian: Ash Wednesday – This holiday begins the Lenten season, a 40-day period of prayer and fasting before Easter Sunday. 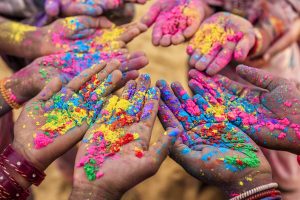 03/09 – Jewish: Purim (Feast of Lots) – This is a joyous Jewish festival that begins at sundown. It commemorates the survival of ancient Persian Jews who were marked by death.

03/10 – Hindu: Holi – This is a festival of colors that marks the coming of spring in India as well as the new harvest.

03/10 – Sikh: Hola Mohalla – This is a three-day Sikh festival held at Anandpur Sahib in Punjab.

03/19 – Pagan and Wiccan: Ostara – This is a celebration of the spring equinox.

03/22 – Islamic: Lailat al Miraj – This Muslim holiday begins at sundown and commemorates Muhammad’s nighttime journey from Mecca to Jerusalem where he ascended into heaven.

03/20 – Zoroastrian: Naw Ruz (New Year) – This is a holiday celebrated at the vernal equinox.

03/25 – Christian: The Annunciation – This day honors the Angel Gabriel’s announcement to the Virgin Mary that she would become Jesus’s mother.

Learn more about diversity days with our March 2021 Multicultural Calendar

04/06 – Jain: Mahavir Jayanti – As one of the most significant holidays in Jainism, Mahavir Jayanti is a festival that celebrates the birth of Lord Mahavira. Lord Mahavira founded Jainism and renounced his throne and family to seek the truth of spiritual freedom and virtue. It is typically celebrated by visiting the shrine and praying

04/09 – Jewish: Passover – This holiday is the seven-day holiday of the Feast of Unleavened Bread. It commemorates the slavery of the Israelites in Egypt and their exodus to freedom.

04/12 – Christian: Easter – Celebrating the resurrection of Jesus Christ, this is the most important holiday in Christianity.

04/13 – Hindu: Vaisakhi – An ancient festival for Hindus that marks the Solar New Year and celebrates the spring harvest.

04/19 – Roman Catholic: Feast of Divine Mercy – This feast day is always celebrated on the second Sunday of Easter. It is for souls open to Christ’s forgiveness and grace.

04/30 – Pagan and Wiccan: Beltane – This is a fire festival that celebrates summertime and the fertility of the coming year.

May Interfaith Calendar of Holy Days 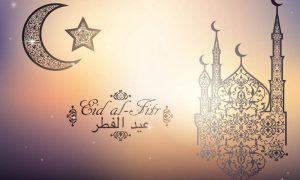 05/07 – Buddhist: Vesak – As the most important Theravada Buddhist festival, this day marks the birth, enlightenment, and death of the Buddha.

05/21 – Christian: Ascension Day – This day is traditionally celebrated on the 40th day following Easter Sunday as the day that Jesus ascended into Heaven.

05/23 – Baha’i: Declaration of the Bab – Baha’i views the Bab as the Messenger of God, and this day marks when he was predicted as such.

05/23 – Islamic: Eid al-Fitr – This day marks the end of Ramadan and fasting. It begins at the sight of the crescent moon, and the main event is a big meal.

05/29 – Jewish: Shavuot – This holiday combines two major religious observances in Judaism. The first is a grain harvest and the second is the giving of the Torah on Mount Sinai.

To find out more about diversity days, visit our May 2021 Multicultural Calendar 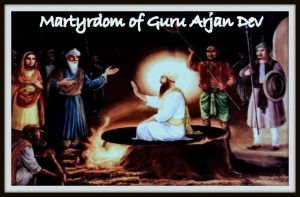 06/07 – Christian: Trinity Sunday – This day celebrates the Trinity of the three Persons of God (the Father, the Son, and the Holy Spirit).

06/11 – Roman Catholic: Feast of Corpus Christi – This feast day is also called the Solemnity of the Most Holy Body and Blood of Christ. It honors the real presence of the body of Jesus Christ in the Eucharist.

06/14 – Eastern Orthodox Christian: All Saints Day – A day that designates the end of the Easter season.

06/16 – Sikh: Martyrdom of Guru Arjan Dev Sahib – A day observed by Sikhs who remember the martyr who gave up his life for their people.

06/19 – Roman Catholic: Feast of the Sacred Heart – A widely practiced and popular devotion in the Roman Catholic Church that celebrates Jesus’s physical heart as the representation of his divine love for humanity.

06/20 – Pagan and Wiccan: Litha – This festival begins on the summer solstice at sundown and celebrates midsummer and the power of the sun god.

Learn more about diversity days with our June 2021 Multicultural Calendar 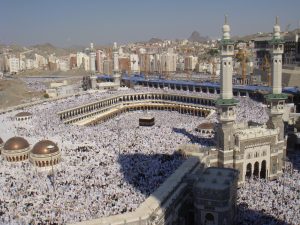 07/10 – Baha’i: Martyrdom of the Bab – This holiday commemorates the execution of the co-founder of the Baha’i faith, the Bab.

07/24 – The Church of Jesus Christ of Latter-Day Saints: Pioneer Day – This day is a state holiday in Utah. It celebrates Brigham Young leading Latter-day Saints to the Great Salt Lake where they established their church.

07/29 – Jewish: Tisha B’Av – This holiday commemorates the destruction of the Jewish temple in both 586 BCE and 70 CE in Jerusalem.

07/30 – Islamic: Eid al-Adha – This festival is a three-day celebration that ends the Hajj pilgrimage. It is celebrated by Muslims. 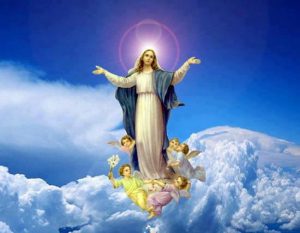 08/01 – Pagan and Wiccan: Lughnasadh – This is a festival that marks the beginning of the harvest season.

08/15 – Roman Catholic: Feast of the Assumption – A holy day that commemorates the Virgin Mary’s bodily ascension to Heaven when she died.

08/19 – Islamic: Islamic New Year – Also called Hijiri, this day marks the beginning of the Islamic lunar calendar and begins at the sighting of the crescent moon.

08/16 – Jain: Paryushana – As the most important Jain religious observance, this festival is all about forgiveness. The word “paryushana” means “abiding” or “coming together.”

09/11 – Coptic Orthodox Christian: Nayrouz (Coptic New Year) – A feast day when both martyrs and confessors are commemorated in the church.

09/18 – Jewish: Rosh Hashanah – The celebration of the Jewish New Year that begins at sundown and brings upon a period of reflection for the past year and year to come.

09/21 – Pagan and Wiccan: Mabon – The Autumnal equinox in some version of the Pagan wheel.

09/28 – Jewish: Yom Kippur – The day of atonement in Judaism where individuals reflect on their sins and seek forgiveness from God.

Read about more diversity events with our September 2021 Diversity Calendar 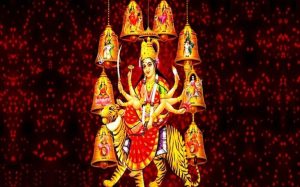 10/07 – Islamic: Arbaeen – A day of religious observance that marks the end of the 40-day mourning period following the Day of Ashura.

10/17 – Hindu: Navratri – An important Hindu festival that honors the Goddess Durga who signifies the victory of good over evil.

10/25 – Hindu: Dussehra – The tenth and final day of the festival of Asuj Navratras.

10/28 – Islamic: Mawlid – This day celebrates the Prophet Muhammad’s birthday. It begins at sundown.

10/31 – Pagan and Wiccan: Samhain – This festival marks the end of the harvest season. 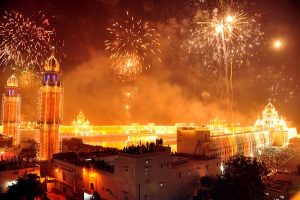 11/01 – Christian: All Saints Day – This holiday is also known as the Day of the Dead or Día de los Muertos. It commemorates all the saints of the church who have attained heaven.

11/02 – Rastafarian: Anniversary of the Crowning of Haile Selassie – The coronation day of Ras (Prince) Tafari Makonnen who became Emperor Haile Selassie I of Ethiopia.

11/12 – Baha’i: Birthday of Baha’u’llah – This day celebrates the birthday of the prophet-founder of the Baha’i faith.

11/15 – Jain: New Year (Veer Samvat) – This holiday follows the Diwali festival, and Jains celebrate the new year on the first day following the month of Kartika.

11/30 – Sikh: Guru Nanak Ji’s Birthday – commemorates the birth of the founder of Sikhism

Learn about other diversity days with our November 2021 Multicultural Calendar 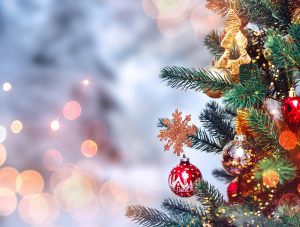 12/08 – Roman Catholic: Feast of the Immaculate Conception – This day is a Roman Catholic feast that celebrates Mary’s (the mother of Jesus) conception without original sin.

12/10 – Jewish: Hanukkah (12/11-12/18) – This eight-day celebration commemorates the victory of the Jews over the Syrian Greeks, which ended a period of religious persecution.

12/20 – Pagan and Wiccan: Yule – This holiday begins at sundown at the winter solstice as the great horned hunter god is reborn.

12/25 – Christian: Christmas – the birthday of Jesus, celebrated by countries across the world