Why Problems Are on the Rise – and How to Solve Them

As workplace religious diversity is on the rise, so too is costly and potentially dangerous conflict, and boosting the need for religious sensitivity training.

The number of religious discrimination claims filed with the U.S. Equal Employment Commission increased more than 105% during a recent two-year period. 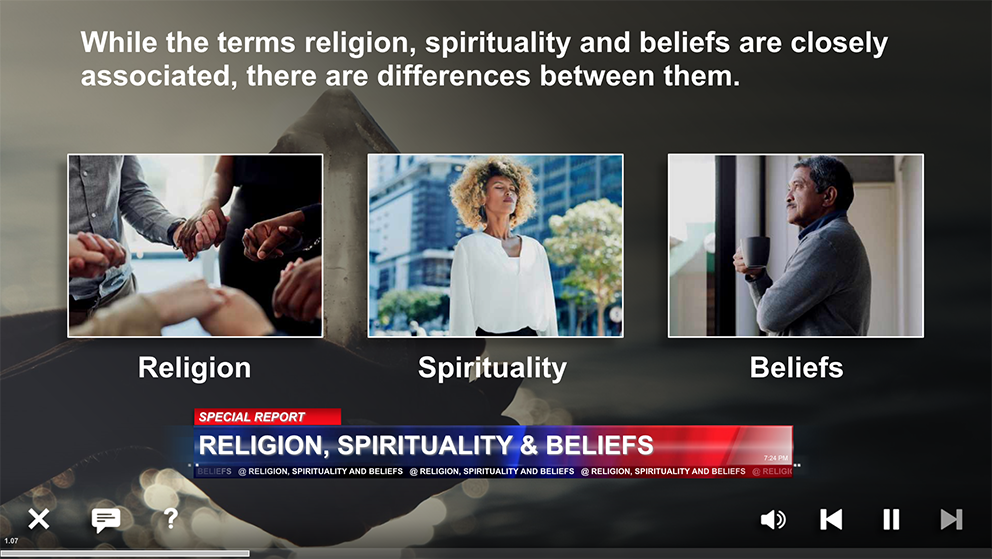 For example, it’s widely known that the Hispanic community is a complex mixture of populations from different parts of the Hispanic world. In the United States, these are primarily Mexicans, but also populations from Puerto Rico, Central America, and many South American countries as well.

Today, less than of 55 percent of Hispanics identify themselves as Catholic, compared to 67 percent in 2010. Where have all the Catholics gone? They have either joined the increasing share of Hispanics who have become Protestants – 22 percent – or unaffiliated at 18 percent.

“As the United States workforce grows more diverse, HR professionals should expect an even greater level of conflict over employee’s religious differences in the next decade,” wrote Don Meinert in “Matters of Faith” in HR Magazine.

Conflict that can often escalate into legal issues often arises around religious practices in the workplace. Triggers can include

The solution? Proper policies, awareness, and procedures around religious differences can lead to a greater engagement of the workforce, increased productivity, and a reduction in the potential of law suits.

An essential tool is a diversity calendar, which compiles these religious observances, and explains how these observances affect the workplace.

Having tools available to make managers and employees aware of different religious events and observances – and how they are practiced – is the strongest step an organization can take to make the workplace both friendly and tolerant for all religious groups.