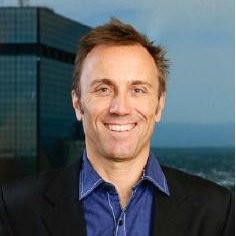 Since 2015, Erich Toll is president of Diversity Resources, the leading provider of training tools for diversity awareness and inclusion. Founded in 1993, Diversity Resources serves hundreds of corporate, government, and educational customers worldwide.

Previously, Erich founded Big World Media, the world’s leading cross-cultural filmmaker. His educational videos are in use by thousands of universities, businesses, and governments worldwide.

He was a foreign correspondent in Europe for a variety of publications, including the International Herald Tribune, a joint venture of The New York Times, and The Washington Post.

Erich has a degree in journalism, with honors, from the University of Colorado at Boulder. He’s also a graduate of the Harvard School. He’s visited more than 35 countries, has lived overseas twice, and speaks foreign languages including German, as well as some French and Spanish.

He lives in Boulder, Colorado, with his family. He spends his free time exploring different cultures and enjoying the outdoors.