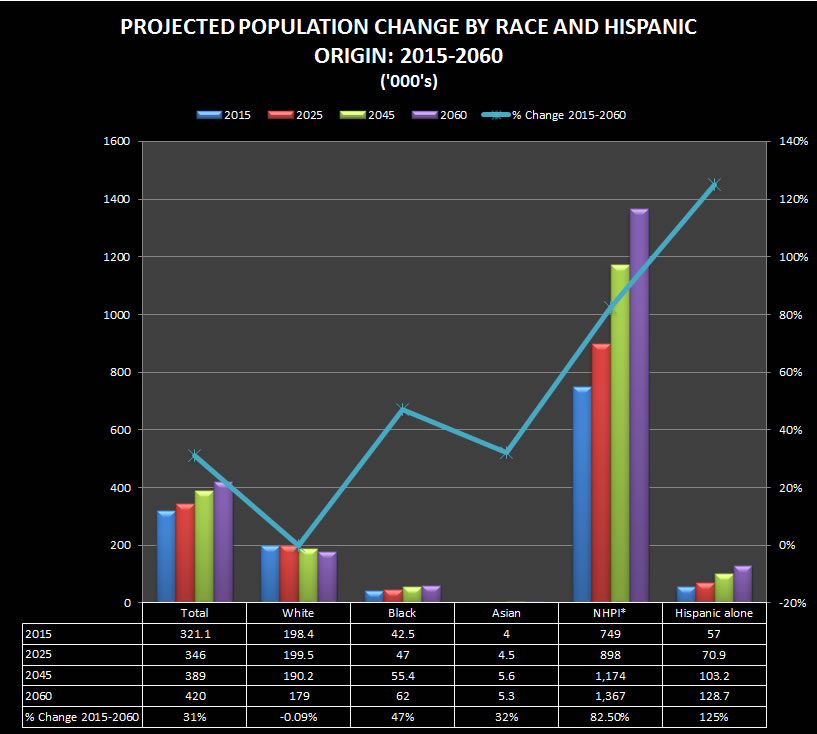 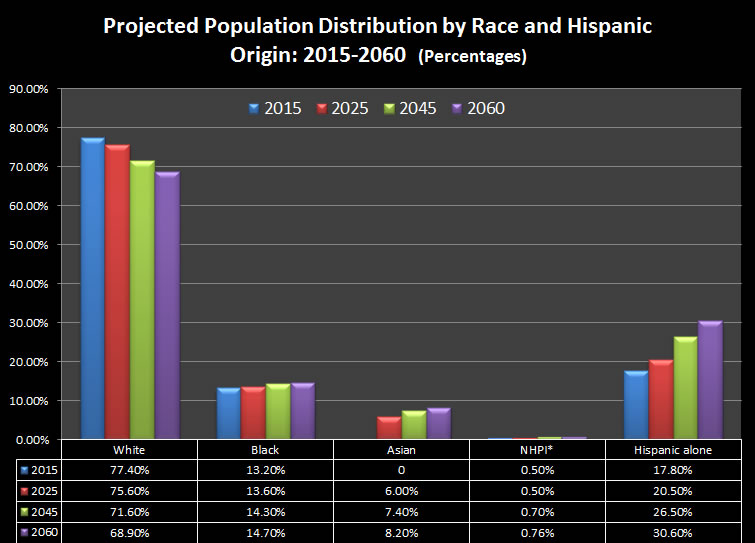 Meanwhile, the Hispanic population would more than double, from 53.3 million in 2012 to 128.8 million in 2060. Consequently, by the end of the period, nearly one in three U.S. residents would be Hispanic, up from about one in six today.

Among the remaining race groups, American Indians and Alaska Natives would increase by more than half from now to 2060, from 3.9 million to 6.3 million, with their share of the total population edging up from 1.2 % to 1.5 %. The Native Hawaiian and Other Pacific Islander population is expected to nearly double, from 706,000 to 1.4 million. The number of people who identify themselves as being of two or more races is projected to more than triple, from 7.5 million to 26.7 million over the same period.

The U.S. is projected to become a majority-minority nation for the first time in 2043. While the non-Hispanic white population will remain the largest single group, no group will make up a majority.

All in all, minorities, now 37 % of the U.S. population, are projected to comprise 57 % of the population in 2060. (Minorities consist of all but the single-race, non-Hispanic white population.) The total minority population would more than double, from 116.2 million to 241.3 million over the period.